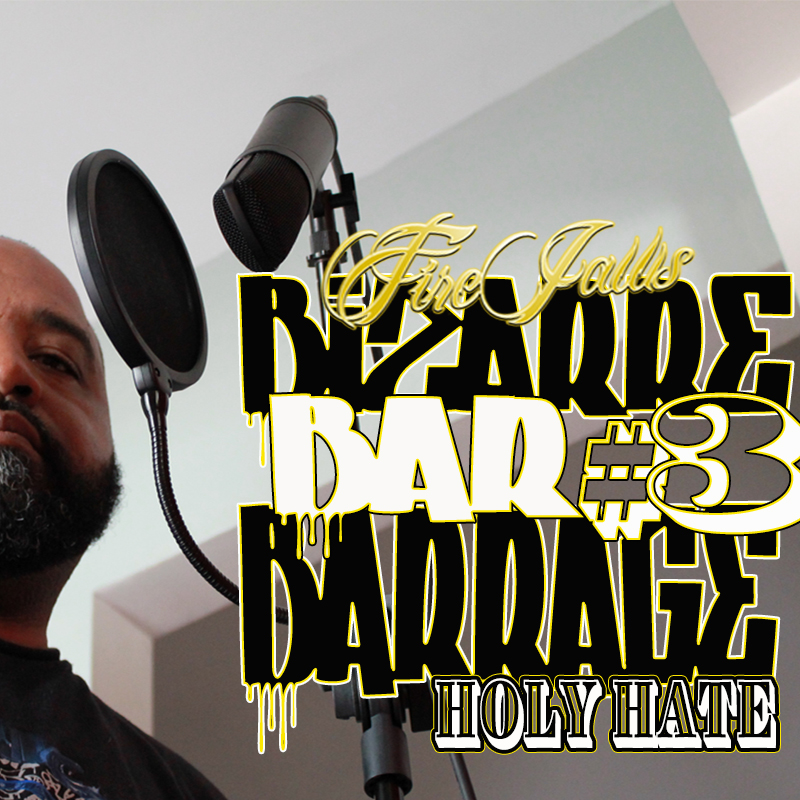 This is a joint that I had written a while ago. I liked it but never mad a song out of it. I come from a time when you had to always have lyrics on deck, being a dad and soon to be Grandfather there are many things in life that you have to attend to. Excuses aside, I am still an MCee at the end of the day. I love what I do I hope you do also. Please leave a comment. Video and #BARSBELOW.

Spiritual war is my playground I swing slide him and spin him merry go round very profound.

Because I liking my right to pile em on pyre
because I’m in charge of the bomb like I’m Obama and Biden.

Streetfighter I’m after him slashing him smashing his abdomen like a button masher.

Long slapping and cracking chins on phantasms as if I’m Dhalism The grip is tightly fastened.

He never was and never had been, a rerun of not happening. I cancel all of his plans for men he don’t even get to the count of ten.

Smoked him in flame that’s so corrosive there’s strength in his name that’s why I chose him
Breaking his chains he laid on my brains I’m staking his claim he cannot hold me.

Because l stay on him slipping swords in his pores and I flow Sick dirty ocean, but I’m living water vigor potion waterboarding leave him stiffer than floorboards and rigor mortise. Now that’s a stiff drink

His eyes open and face closed in sent his soul roasted like them boats floating with heat that burning ghosts and face sloped over 3 wheel motion because I hit em everything I could think including the kitchen sink.

He was killing me slowly now I’m slicing that jabronis faster slathered him in a bath of blade avalanches coldly.

Using his jaw to fashion a cavern because he deceived Eve and dragged Adam. You get to see Jesus get at him and drag the dragon.

You can’t beat me or touch me you wanna dance around the issue like you wanna teach me how to Dougie.

split your crusty pig gristle then scripting epistles instructing hundreds of young kings to come to get you. It’s lovely

Served raw hot pinning your jaws 2 in your claws one for your paws pause.

Rebel with a cause Firejaws will stop an army with his bars no menopause.

Then clap on these false gods from every angle barrage. That’s surround sound or you could call it a round of applause